When the whistle finally blows to herald the new season of the Indian Super League, it will not only mean the return of football. For many, it will be a reason to believe that we are all striving towards making things normal again.

The year 2020 has thrown the understanding of the word ‘normal’ into a quandary. With the outbreak of COVID, the new season has forced the hands of all and sundry, putting forth a new imagination of the same word – ‘normal’.

Like everyone in all corners of the world, who have been affected by the deadly pandemic, this beginning will deliver some much-needed optimism, albeit a cautious one. A season of change

When you think of Goa, what comes to mind is not spiritually connected to the charmless clusters of uprises or the snarling noise of the traffic that normally associate with the visage of the country of a billion.

Goa is different. It is comfortably its own thing – with beaches, lots of cool old buildings, breweries and restaurants that are alternately fancy and just plain good, and a population that lives and breathes football. The beautiful game, for Goans, is not a source for entertainment. It’s a way of life. And what embodies this all, is the land’s favourite club, FC Goa.

‘Serene’ is a word that often comes to mind when describing Goa. That is, of course, accompanied by an undertone of a wondrous yet fierce spirit that the natives have for life. When an Indian football fan thinks of FC Goa, the club, the fans and the ‘football’, it falls under the same plane of conscience. Of course, added is the club’s zeal for developing its own stars, focussing on the development of youth and constantly delivering success on the football field.

A pattern has emerged over the years. Five appearances in the playoffs in six seasons of the ISL helps cement that. The Gaurs don’t just find a way to reach the playoffs. More often than not, it’s a bulldozing run to the top, characterised by high octane, possession-based brand of football that has time and again forced oppositions into submission.

A penchant for taking the initiative has resulted in helping the Gaurs create a niche for themselves in the ISL. With the club philosophy undeterred, one can expect much more of the same in the season to come.

Heading into this new normal is a very different-looking FC Goa team; this time in the reins in the hands of new Spanish head coach, Juan Ferrando. Gone are many who became household names in Goa, the most prominent of them being Ferran Corominas.

Taking their place is a new lot (which includes five new foreign signings). The fresh faces promise to give the Gaurs a whole new dimension – a similar style presented with an entirely different approach and attention to details.

Throughout the pre-season Juan Ferrando has preached the need to be pliable, having customised solutions to the problems posed by each and every opponent, and different situations that the match presents.

“We would continue to play an attacking brand of football, playing the game on the front foot. That is the philosophy of the club and that is what really attracted me to the job. It is aligned with the kind of football I believe in,” sounded out Ferrando.

“However, we have to be flexible with the approach. Every game and every situation in games will demand a different solution and we have to be ready for such situations when they present themselves.”

The recruitment of foreign players has also been a detailed process. The club has not only looked at individual brilliance alone when it came to the signings. An attitude of belonging to the club, taking ownership on and off the pitch and helping others in the squad take a step forward in a season that will see the Club step on to the biggest stage in continental club football has been paramount.

“When we looked at signing the players, we saw to that with a view for the long term development of the club,” exclaimed Ferrando.

“The foreign players like Igor (Angulo), Ivan (Gonzalez), James (Donachie) and Jorge (Ortiz) were recruited with the view of not only getting us wins, but also help grow a culture of both excellence as well as pushing everyone at the club to demand better of themselves each and every day. We have a number of youngsters with great potential and for them take the next step, it is paramount they have seniors they can look up to, whom they feel free to communicate and emulate.” 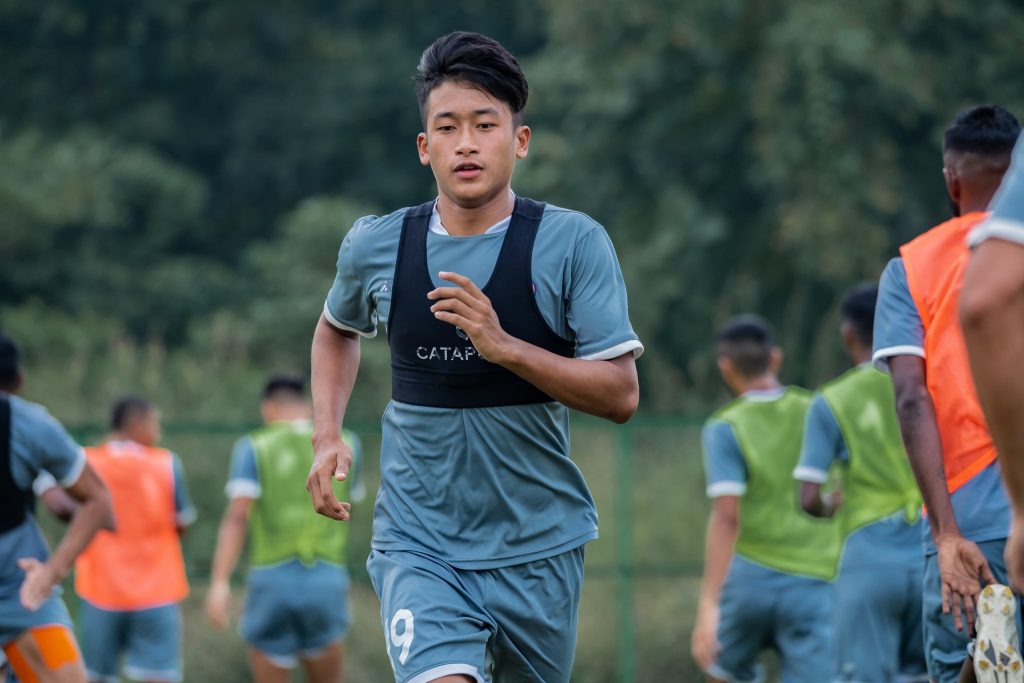 Youth to the fore

A big reason for the constant success that FC Goa has been able to deliver has been their insatiable appetite to evolve as a club. And a conscious step towards the same was taken this off-season. The Gaurs invested heavily on youth as players like Makan Winkle Chothe, Phrangki Buam, Ishan Pandita, Sanson Pereira and Devendra Murgaonkar.

The club has also put a renewed faith in Princeton Rebello to treat this season of the ISL as his coming out party whilst promoting Leander D’Cunha from the Developmental Team. Five players from the Dev Team has also been included in the ISL squad – reinforcing the club’s vision to truly be the platform for the stars of tomorrow.

The footprints of the same can easily be seen in the recent partnership the Gaurs struck up Bundesliga giants RB Leipzig. That, though, is a conversation for another day.

In amidst all this, the Club has retained a clearly distinctive Goan flavour. 14 of the 30 players that make up the FC Goa squad this season are from Goa – a figure that no other team in the ISL can match – both in terms of numbers and percentage of team composition.

Whilst the Gaurs have been able to create an identity for being the most consistently successful team in the competition (only team to make it to 5 playoffs, win 50 games and score more than 200 goals), the eventual trophy has so far eluded them.

The eyes, thus, will be on the coveted trophy yet again this season. But can they lift it?

“I wouldn’t be here if I didn’t believe that we could win it,” sounded out Ferrando.

That optimism is shared by most in the squad as well – a squad which will this season be led by Edu Bedia. Into his fourth season at the club, the Spanish midfielder has become a vital part of the cog in the FC Goa blueprint and believes this is a season where the team can even be better.

“The training sessions have really been intense this season and with such a short pre-season, we have all put our best foot forward. We didn’t relax during the offseason and came in ready to hit the ground running,” Bedia opined.

“We have a number of youngsters in the squad this season who are really eager to learn. We will continue to play an attacking brand of football, but a lot of attention has been paid to the details.

“We have been rehearsing various situations that we might come across in games. The talent in the team is undoubtedly there and now with such attention to details, there is no doubt we will be better.”

The Spaniard also believes that the bubble scenario, whilst being a challenge has also been helpful for the Gaurs.

“It’s of course not ideal to be in a hotel for six months at a stretch. However, we have to understand the present situation and taking everything into consideration, we are kind of privileged,” remarked the skipper.

“There have not been many positives to take away from this situation. However, with a new team and a new set of players, staying together under one roof has been an advantage for us. We have been staying together like a family and the situation has helped to get to know each other much better than previous years.”

While time will certainly answer many questions, the Club, like seasons before have left no stone unturned with a view to getting better. ‘Rise Again’ is not just a gimmicky hashtag that is normally thrown around like a marketing ragdoll. For the Gaurs, it’s their outlook for the season.

As we all stride back and endeavour towards better days ahead, this is more than just a club that is looking to head back to the top of the league table. FC Goa is a symbol that emotes with Goa. And together, everyone believes, they will rise again.